Located at the northern end of Richmond City Centre between the Fraser River and No 3 Road, this 6.7-acre site is future home to a mixed-use development. With an anticipated build out of 1.1 million sq. ft. with 650 units of residential, 90,000 sq. ft. of retail, a 25,000 sq. ft. art gallery, a 265,000 sq. ft. hotel.  While with W.T. Leung Architects, Henning Knoetzle was project lead for this mixed-use development from pre-design through to the rezoning application. Henning was responsible for coordination with civil, geotechnical, preliminary structural, traffic and public transit consultants, and quantity surveyors. The aim of the project was to create a comprehensive development that could function on its own but also contribute to and support an emerging neighbourhood. Its location as the northern gateway to Richmond City Centre was understood as an opportunity to influence and set a standard for future developments to the south. 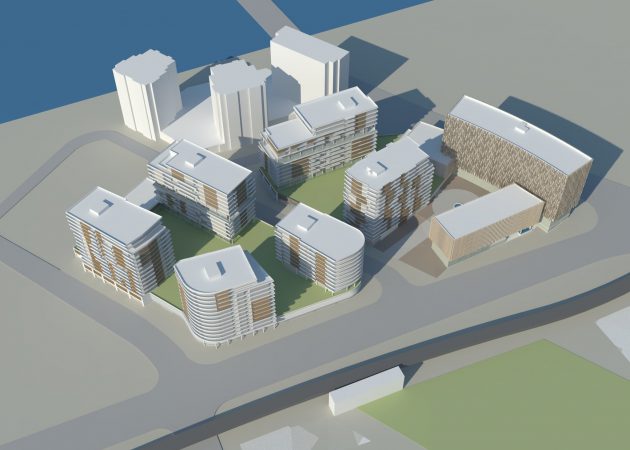 The development was designed to be built in two phases and involved site planning, street design, pedestrian flow, and the design of a variety of building types including residential, commercial and civic. The approach of supporting the existing neigbourhood and encouraging future growth was an important design principle Commercial components of the development would support existing business and create an environment where new enterprises could thrive and grow. 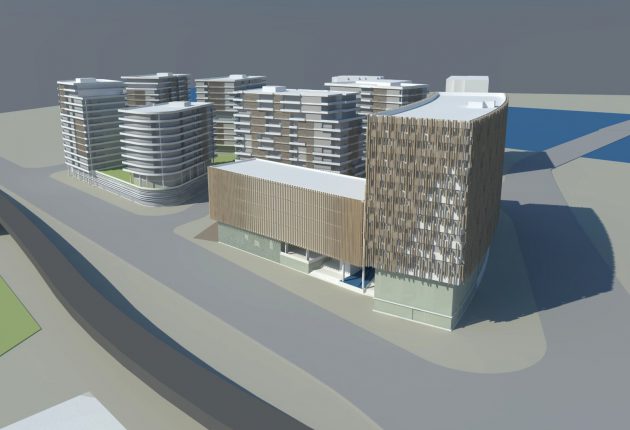 In terms of the form of development, the challenge was to create an urban ground oriented mixed-use development with a major commercial component (Hotel) as well as a civic component (Art Gallery). The geological conditions in Richmond usually result in a 3-4-storey parkade podium lined with nominal commercial spaces that create large impenetrable city blocks. By utilizing current building technologies our plan was to create below-grade parking so that well-connected public spaces at grade could be realized. Our design created multiple connections to the river. It was vitally important to connect a future Sky Train station located on the east side of No. 3 Road to the existing and new development as well as the River and New River Park.  In addition, a new street bisecting the development was designed to provide an additional connection to the river. 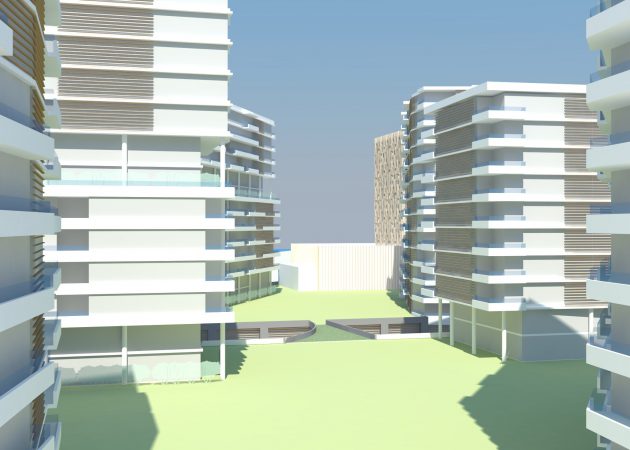 For the public realm component of this development project we created a variety of public spaces such as:

The public spaces provide an amenity for the development but in the future we envision they become destinations for the broader neighbourhood and Richmond City Center at large. 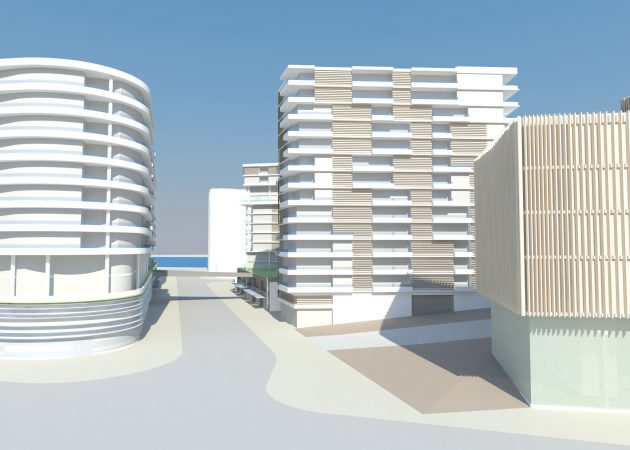