Translucent, glowing orbs measuring five to nine metres in diameter filled Gastown’s Trounce Alley from August 18 to 21 for FrontierSPACE. The urban installation by Tokyo architects Satoshi Matsuoka and Yuki Tamura, titled “Balloon Caught”, was the winning entry from SPACEAGENCY’s international design competition to re-think Gastown’s alleyways. This is the first of many SPACEAGENCY events designed to engage the public about urban space in Vancouver. 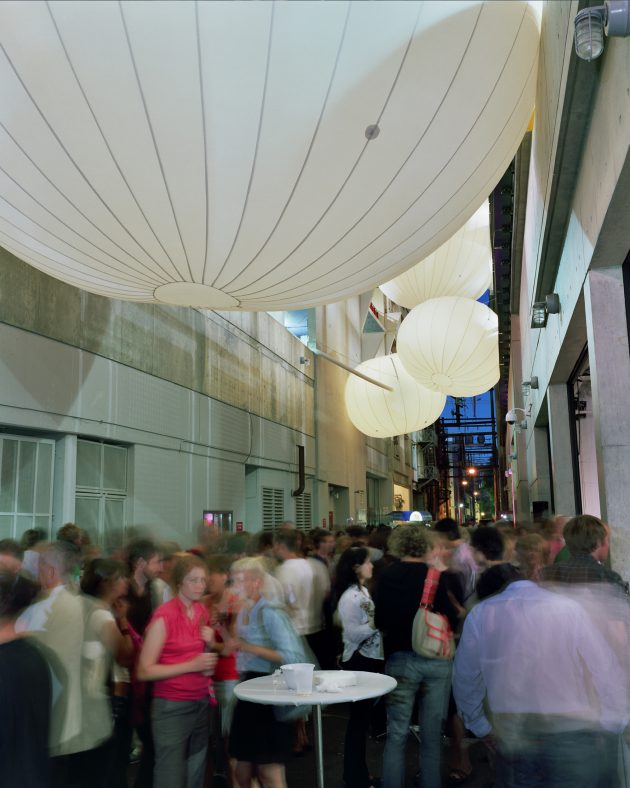 The opening night party on August 18th drew a crowd of over 700 people to the 100-block of Trounce Alley. A related exhibition at the site displayed selected entries from the FrontierSPACE design competition. On Saturday, August 20th, stilt performers Mortal Coil hosted a free mask-making workshop for children. With the assistance of volunteers from the Portland Hotel Society, Mortal Coil led a procession of musicians and masked children through the alley and around Gastown. The installation was deflated on August 21st. 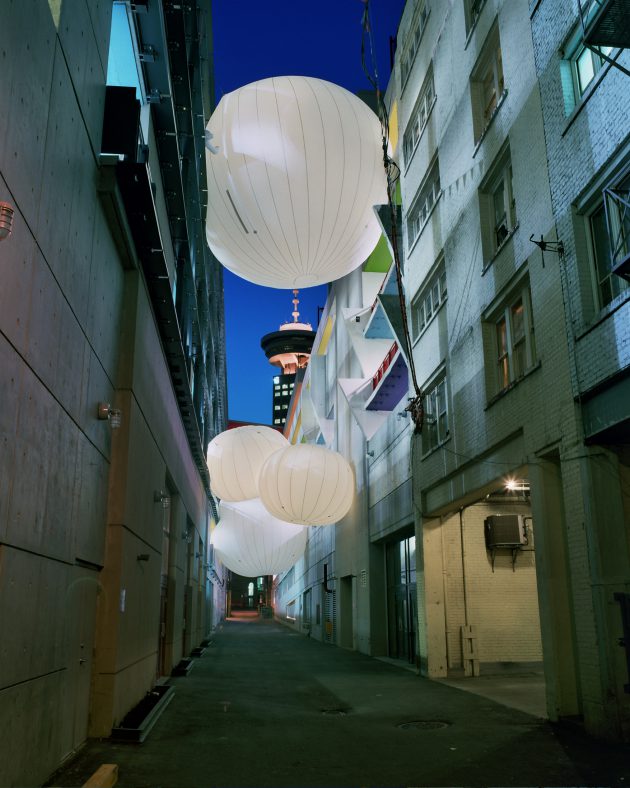 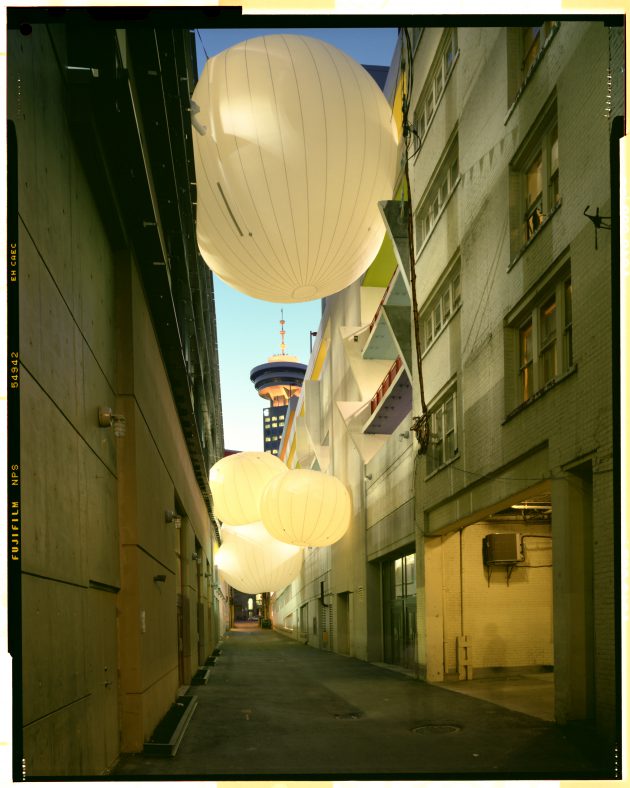 The FrontierSPACE design competition asked participants to explore the urban potential of a Vancouver alleyway through a design intervention that would allow multiple forms of occupation across the span of a 24-hour day. The designs were to be planned as a generator of activity, drawing the public into an installation and offering new readings of the city. The installation was also to be conceived of as an event space, a location in which different activities, planned and spontaneous, could take place. The goal was not to build new urban space but to re-animate existing conditions.

FrontierSpace international design competition organized by SPACEAGENCY, called for innovative proposals to transform a laneway in Gastown into a viable public space. The winning entry, Balloons Caught, by Satoshi Matsuoka & Yuki Tamura, was installed in Trounce Alley for three days and drew thousands of visitors. 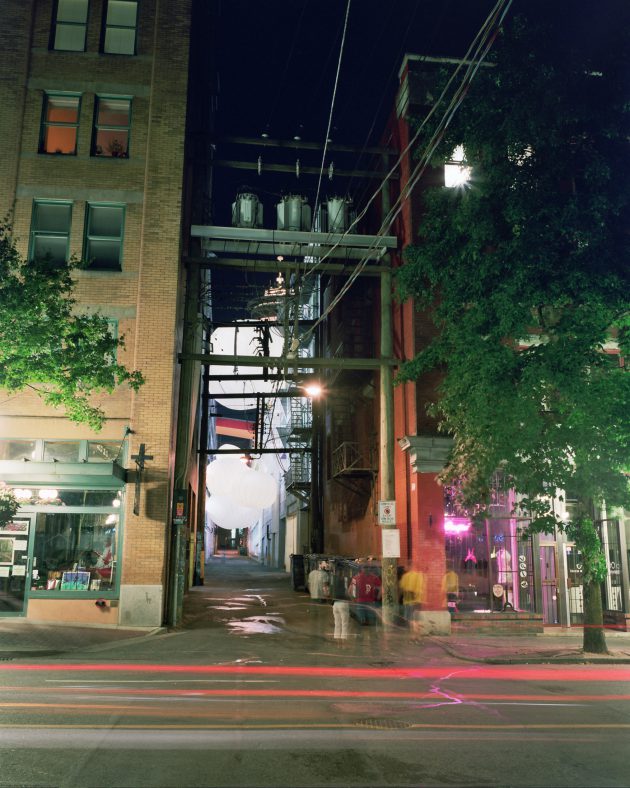 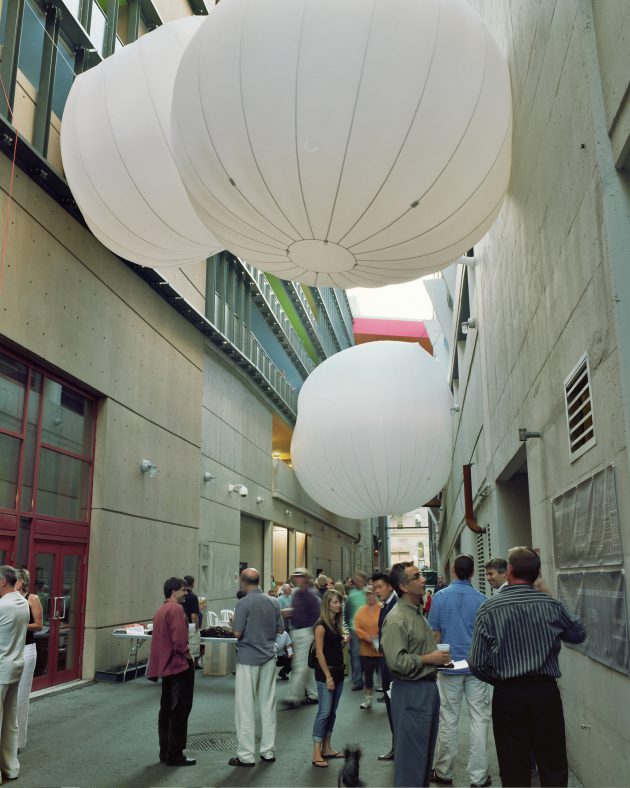 The project received international recognition and was widely published in design magazines and the press.

The competition sought to address the under-utilization of alleys as public space. In their playful use of scale and light, the competition winners demonstrated the malleability of perceptions with these friction-fit spheres. The unique qualities of Gastown alleys – with their tall, narrow shape – are the ideal context for creating interconnected yet independent outdoor ‘rooms’, which was achieved with stunning effect. 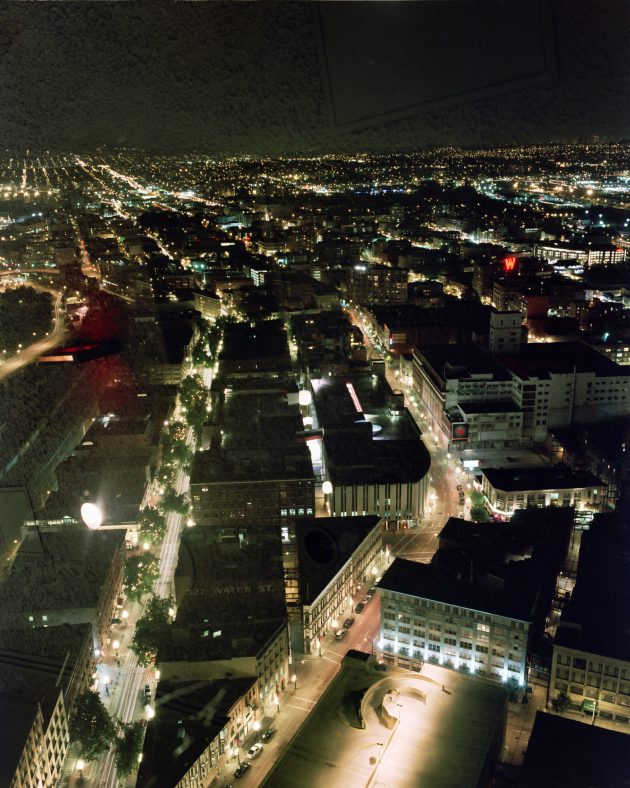 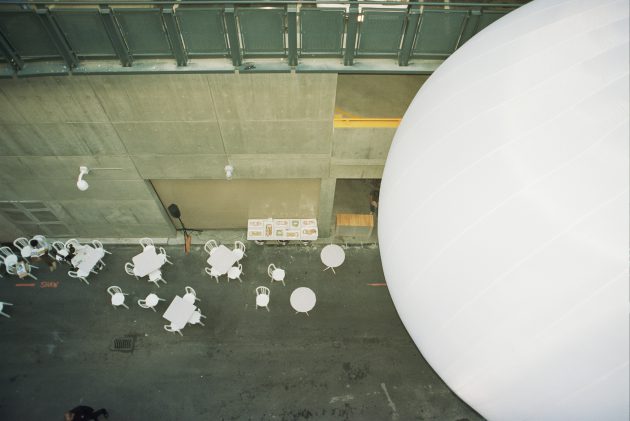